Martha Jhoana De Luna Mateo (born in San Pedro de Macorís, Dominican Republic) began studying music at the age of 7 and playing the piano at the age of 8, with Dioni Moya and Esther Bethancourt. As a child she did not have a piano for practicing, but at the age of 15 she won an Excellence Prize from the Estudio Dina de Educación Musical (EDEM) and was given a piano. She won a number of prizes, including first and second prizes in the Dominican Republic over a period from 1997 until 2003. She performed several times at the National Theater of the Dominican Republic, and also at the U.S. Embassy there. Other performances were given in Orlando, Puerto Rico, Chicago, and Cuba.

Martha also studied harp for 5 years at The National Conservatory of Music in the Dominican Republic with Enriqueta Sistachs and Elisa Torres at The Conservatory of Music of Puerto Rico. She recorded and performed with the National Symphony Orchestra of the Dominican Republic and the Conservatory Orchestra of Puerto Rico as a harpist. She was composing music for piano, choir and chamber ensembles by the age of 13, and has composed more than 200 pieces for piano, more than 100 original compositions for voice and piano, and numerous hymn arrangements for piano, chamber music and choir. She was raised and still a Seven Day Adventist Christian her parents taught her about the love of God. In the service of God, she has recorded two CDs of original compositions and hymn arrangements with her family. In 2011 she was one of the winners of the Concerto Competition under the conductor Dr. Gene Moon at Stephen F. Austin University, where she began work on her Master Degree in Piano Performance with Dr. Andrew Parr. “She is the most gifted person I have taught in 30 years teaching at SFA” Dr. Parr said.  Martha has perfect pitch, compose and arrange in different genres, also sing and play several instruments. She also has a Master degree in Harp Performance as Emily Mitchell formal student from SFA. She recognizes that all of these opportunities are a real gift from God.

Martha Jhoana made her first debut as an orchestral conductor with the Suite for Orchestra “West Side Story”  Bernstein. studying conducting under Dr. Gene Moon. She has conducted Opera workshops and other concerts.

She also worked in 2014 as a Secretary for the Choir Department at SFA with Dr. Tim King serving as a pianist, composer and arranger for A Cappella choir, Madrigals Singer and Soloists. Her coral compositions have been performed several times in different places in USA and Europe by the SFA A Cappella choir 2013-2014.

Since 2014 She served as pianist and organist for the First Christian Church in Lufkin, Texas. In 2016 She started serving as the Music Director for FCC.

In October 23, 2016 She auditioned to play at the Super Bowl Houston Live 2017 with her original composition “Celebration” she got chosen from hundreds of participants. Last May 2018 she was invited to shared her testimony and record for 3ABN Today, Urban Report and 3ABN Latino Broadcasting Network in Illinois, USA. She travels to different places as an inspirational speaker, concerts, events, conference and seminars. 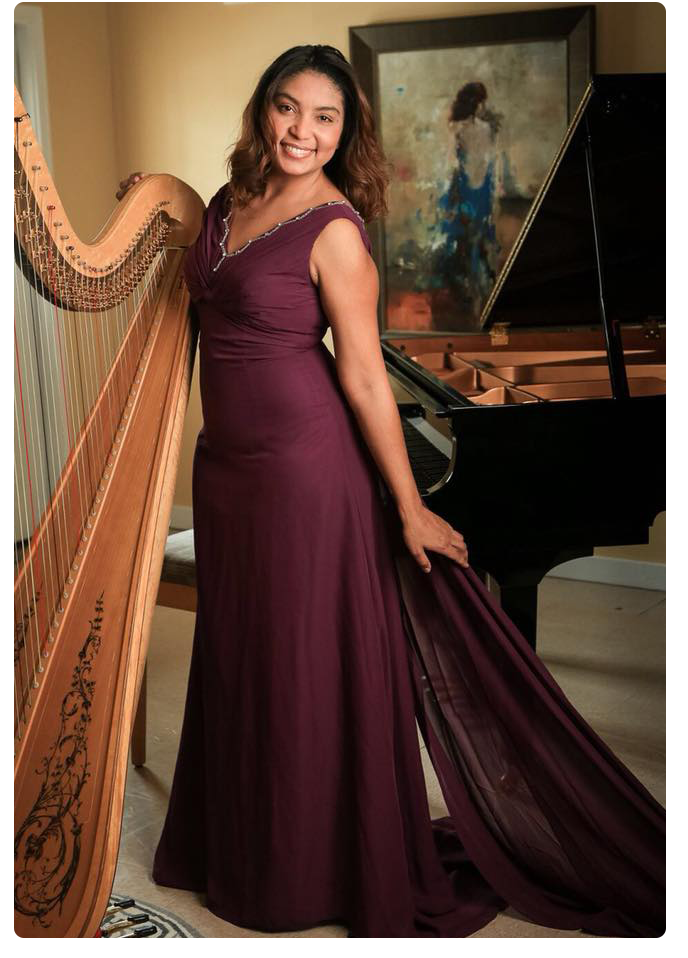 For Update about Martha and Upcoming events please subscribe

Fill out my online form.